Fifteen years. Don’t they go by in a blink! 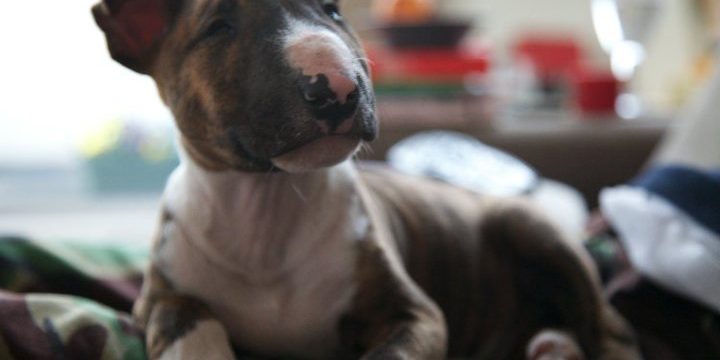 TED Experience is fifteen this year. It’s been a ride. As a solo founder, I wanted to write a personal insight into what it’s like to found and run an agency – perhaps to inspire some of you who may be thinking about starting something of your own to do just that. Here’s my attempt to round up fifteen years, in a couple of pages. I hope it resonates.

Those of you that have seen the movie ‘Meet Joe Black’ will perhaps notice the reference in the title to one of the seminal lines of this movie, starring Anthony Hopkins and Brad Pitt. The movie focuses, albeit rather beautifully, on the inevitability of death, and the art of what it is to find meaning, you might say, while living. “Sixty-five years. Don’t they go by in a blink” says William Parish, Hopkins’s character, whose wealthy privileged and unchecked life is called to order, in a sort of late-life road to Damascus; catalysed by his own soon to be realised death. The scheduling of Parish’s end, by Pitt’s characterisation of ‘Joe Black’, or death incarnate so to speak, inescapably delivers the films poignancy. So why open with this reference? As far as I am aware, my own death is not immediately tabled, and the agency is strong thankfully. Perhaps then to attempt to seduce those of you with a romantic disposition into finishing the rest of this piece? Or to establish a counter narrative from which to deepen context?

I vividly remember the first day launching the agency: The small amount of savings. The Queens Park two-bedroom basement flat where we lived, somewhat simply. That Monday, expecting my first ‘employee’ to arrive at our door. A second bedroom office. Two Ikea desks. Two lights, two pads, two pens. Nothing to see, no real pedigree to speak of. Just my belief holding this idea ever so loosely together. Me, terrified. No experience of running a company, no ‘permission’ so to speak, and gripped by fear and second-guessing. “This is crazy – I’m crazy!” “What am I thinking?!”. The voice was loud. A full-on panic attack ensued fifteen minutes before ‘Annie’ would start her first day with me. What a mess I was.

My wife Lesley, stepping in to straighten me out – remembering to me my ambition and vision for what lay ahead. Reminding me of why and how. This strong woman, whose strength is the kind men find difficult to understand for more than fleeting moments – supportively behind me as they say, but in truth, always leading from the front. I would not be anywhere without her.

The weeks and months following, went surprisingly smoothly. It’s actually far easier than you might think to rise to the early challenges of starting a business; with hunger driving and beginners adrenalin. It’s later on when the sprint becomes more an ultramarathon, that resolve can either deepen, fracture, or break.

Months later and there were three of us, then five or six, then later ten, fifteen and so on. The pace and the growth can fly by like clouds in a windy sky. In my humble experience, the most life affirming stuff has been born from the rigour rather than the achievements, the awards, or the glory. I have always found making money relatively achievable, but as it would unfold, understanding how to manage individuals and teams was to be my biggest challenge and opportunity for growth – as some will attest more than others! Such as is the human disposition, it took some years to even realise this, and some years still to make progress – with plenty more to do I can tell you. But despite this, and without doubt, the most difficult and instructive lessons, the most rewarding and heart warming moments, have been born from the responsibility of leadership; and in this regard, part of the reward is acknowledging that the journey is never complete. What this represents – what this is, goes way beyond wealth.

I’m a big believer in the pursuit, creation and power of art for want of a better descriptor. Before launching our agency in 2006, I worked for years in the marketing industry, and I subconsciously sought to scratch my artistic itch at work. Looking back, this was a well-trodden path by those whose practical side was dominant enough to detract them from an art major; or whose geography or background, meant that the RCA was always out of reach. My theory has been for some time that many people in ‘agency land’ are frustrated artists to some degree or other. When cutting my own industry teeth in the late nineties, marketeers were a mere Rizla paper away from artists. We endeavoured, we were compelled even, to push the boundaries of possibility and creativity on every project, and clients passionately fanned the creative flames. What if not art, was this?

Twenty years later, the industry now somewhat ‘procured’ and ‘audited’ and the art has been subjugated at best, relegated at worst, as the pursuit becomes value rather than greatness let’s say. I’m not judging this. I’m just calling it. Some years back, I started to produce my own art in the form of writing and painting, on my own time and my own dollar; to preserve my balance, and to perhaps allow me to focus entirely commercially when I work. This was a valuable lesson.

Perhaps as a result of this industry shift, our agency proposition evolved to focus less on the ‘big idea’ and more on using our own proprietary tech to deliver superior execution with commercial advantage. Sure, we are still a creative agency, but the creativity is focused on solving business challenges with commercial objectives – not fabricating a narrative to sell a sneaker, or coercing a teenage ‘influencer’ into bowing insincerely to this weeks fashionable altar. I don’t apologise for taking a shot at that type of work. As far as I am concerned it’s the end of a cycle – the bottom of a barrel if you will. Work that is aimed more towards business objectives predicates irrefutable measurement, and more honest evaluation conversations. Distinct from a bullshit equation of reach and impressions, or worst still, an empty virtue signal.

Today, we have a great team at TED, and I should be the first to point out that this is due to the collective of the senior team in the main. As a solo founder, that is without founding business partners, it was lonely at the top for many years, and it’s easy to make bad decisions if you don’t listen to and trust those around you. So be careful who you hire! Spending time on recruitment is arguably the most important ingredient in growing a business. I have been extremely fortunate over the years to have some great people work with me, challenge me, and support me in building the agency. Happily quite a few of those people now have equity, and together run the business.

I’d like to close with the following story: Around eight years ago we decided to overtly brand our staffing resource, and launch it to the industry. Historically our staffing team served solely our own internal campaigns. A few canny team members were keen to ‘name’ the new agency and after a couple of days, they told me their chosen name was TED Staffing. I was somewhat over critical and exclaimed that they couldn’t just name the business after our beloved office dog Ted! They challenged me, prepared, and said that it was actually an acronym for: Trained, Educated and Dedicated. What could I do but capitulate! It took me a few more years to realise their genius, when I decided to rename our main brand experience agency to ‘TED Experience’. I realised you see, that my dog, who comes to the office with me most days, provided the best energy in the room, and was the emotive glue that helped bond us all together – he is magical in this regard. To name the business after him was perhaps the most respectful and sensible thing to do.

And so today, some fifteen years after we started, and I’m looking forward to what lies ahead. But I’m not going to pontificate with business projections or protestations of positivity, notwithstanding the agency’s currently strong position. Instead, I will show my underbelly [deliberate pun], and share some thoughts on my best friend Ted, my dog, whose namesake is our agency’s, and whose presence in my life and my team’s life has been profound.

The truth is that he is getting old. I never considered until recently that the business would ever out live him, and yet I guess, it was always going to be a bittersweet reality. Nevertheless, his recent decline is a shadow that follows me in the brightest sunlight, and I am not doing very well in the contemplation of such things.

The ‘Meet Joe Black’ reference in the title of this piece is reflective of the cruel irony that I am faced with, in that as our company grows and gets stronger year by year, my dear Bull Terrier – Ted, is entering the last chapter of his own life. There’s something undeniably beautiful and poignant in this, despite the contemplative heartache, in that anyone who has worked at the agency this last decade or so, has been touched by Ted’s energy and character; and therefore his spirit will hopefully live on in the collective of us all. And I should say that I haven’t written him off just yet! I’m hopeful for a good few more years.

So, here’s to the next chapter of the agency, and the next blockchain of stories, conversations and memories that an agency creates. Such is the agency meta – being that it works as the sum potential of its people.

if any have found this brief retrospective resonant, then perhaps you too should consider starting your own agency or business in some regard or other. I can honestly say, that second to marriage, it has been the most meaningful of pursuits; and I would not know myself, nor have had to strive to understand people in general, as I have, without the enormous privilege and challenge that being a founder is. So I say to you, if this is you, walk courageously and dive in! There can be no better path. 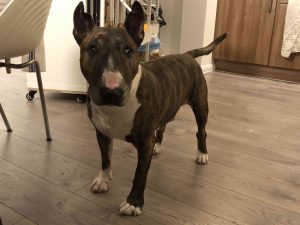 Optimism alone isn’t the answer to our problems
January 12, 2021

The Field Rebrands as TED Experience
January 12, 2021
Go to Top